The Science of Climate Change

It's not just about the weather anymore. Understanding climate science. 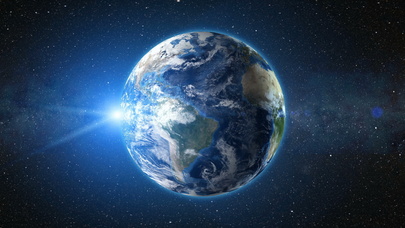 Behind all the news headlines about the urgency of climate change is a large and robust body of atmospheric and earth science that has been building since the 1850s, which is when the role of carbon dioxide in the planetary greenhouse effect was first discovered. Understanding the science behind what is happening to our planet and what's projected for the future is key for all communities and residents to take effective action.

In this section you will gain insights on weather in a changing climate, the basic mechanics of global warming, why a few degrees really matter to the future of ecosystems and human life on the planet, and learn about climate change myths. Be sure to check out the short videos with Columbia Basin climate scientist Dr. Mel Reasoner, who brings to life many of the core concepts in this section. 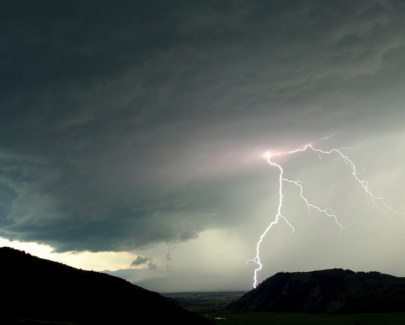 Climate is all about the long-term underlying trend in weather patterns.

Weather happens day to day and climate is the long term pattern of climate conditions for a particular region or location. Because climate changes over decades, we are less likely to notice the changes. This is compounded by the fact that weather is variable and ever-changing. If you compare the temperature and precipitation records from one year to the next, no two years will ever be the same. So you have to look at weather records over several decades or more to see if there's a larger pattern at work.

Here in the Canadian Columbia Basin the weather data from the last 100 years show that we are moving towards warmer wetter winters, hotter drier summers and more extreme precipitation events. Even so, the dynamic nature of weather means that we can experience an warmer-than-normal September followed by an unusually cold October. A colder October doesn't mean that global warming has stopped, nor does a warmer-than-normal September mean that overall warming increased, so it is important to look at the long-term weather data (at least 50 years or more) to see the underlying trend over time.

Climate on a bell curve

A simple bell curve can tell us a lot about climate change.

Do you recall how the bell curve was used for grading tests and exams at school? It turns out that temperature for a particular location also follows the pattern of a bell curve, meaning that most of the time the temperature is close to a long-term average, and some of the time it is closer to a hot or cold extreme. When the climate for a location begins to change, so will the overall shape of the bell curve. As it gets warmer, the bell curve will "shift" in relation to the historical averages, showing how much more hot and cold weather we can expect in the future relative to the past climate. This has already happened for northern hemisphere summer temperatures, as shown in the map pane display. You may also wish to view the third video of this series, which provides a quick explanation of the relationship between temperature, bell curves and climate chnage.

What happens when there's too much or too little carbon dioxide in the atmosphere?

Carbon dioxide, also known as CO2, is a heat-trapping gas that acts like a control knob for the planet's temperature. Without CO2 in the earth's atmosphere, the planet would be a very chilly -19.5°C. Too cold for life as we know it. Before the beginning of the human industrial era in the 1800s, the earth's temperature was a comfortable 15°C. Since the 1850s, which roughly coincides with the beginning of modern temperature records, human activities that release CO2 and other greenhouse gases to the atmospshere, such as burning fossil fuels, clearing land and agriculture, have raised the earth's temperature by 1°C to 16°C. Current levels of CO2 in the atmosphere are now higher than any time in the last five million years and are at real risk of rising to levels that will make the planet too hot for life as we know it.

Looking to the Future 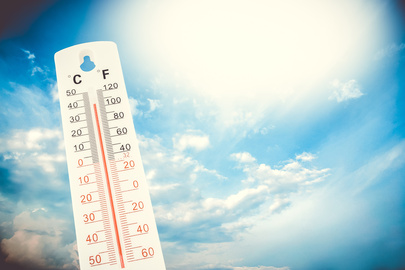 What should we be preparing for in the our region?

How much and how fast the earth warms will depend a lot on the volume of greenhouse gases emitted from human activities like burning fossil fuels, deforestation and food production over the next two decades. As the planet warms, locations in higher latitudes like Canada will experience greater increases in temperature than locations near the equator.

Here in the Basin-Boundary region, we can use actual data from the past 100+ years together with future climate projections from global climate models to see what the future may hold. By the 2050s, average seasonal temperatures for the Basin are projected to be 2.4°C to 3.6°C warmer compared to the 1961-1990 period, with winters up to 15 per cent wetter and summers up to 14 per cent drier. For Basin communities and residents this means, on average, warmer, wetter winters; hotter, drier summers; more extreme precipitation; and changes to local ecosystems.

Can we rely on what the climate models are telling us?

The best way to assess the accuracy of climate models is to work with the actual and modelled data for a location. Let's look at Creston as an example. Based on Environment Canada data, Creston’s actual average annual temperature increased at a rate of 1.7°C per century over the last 100 years, and 3.2°C per century since 1967, which reflects the more rapid pace of warming experienced worldwide over the last 50 years. Assuming the world makes major emission reductions, Creston’s average annual temperature by the 2050s is projected to be 2.7°C higher relative to the 1961-1990 baseline. If we extrapolate Creston’s measured rate of warming over the last 50 years, Creston would achieve 2.7°C warming in 2070, which is in the same ballpark as the projections.

Applying this technique to other communities in the region tells the same story.

Four scenarios for this century - which path will we choose?

In 2015, 195 countries signed the historic Paris Agreement, agreeing to pursue efforts to limit global warming to 1.5C, a level that would mostly avoid the challenging and long-lasting negative impacts of even more warming. The Agreement was informed by four different scenarios for global greenhouse gas emissions and temperatures.

The overall message of these scenarios is both sobering and urgent: limiting global warming to 2°C or less will require global emissions to be reduced to zero by the 2060s. This highlights the importance of undertaking major emission reductions and significantly increasing the amount of carbon capture from the atmosphere through natural and technological means.

Current public policy is aligned with the worst case emissions scenario of more than 4°C of warming by the 2050s. Until greenhouse gas emission levels begin to drop, it is best to plan for the worst case scenario. The time for action is now. 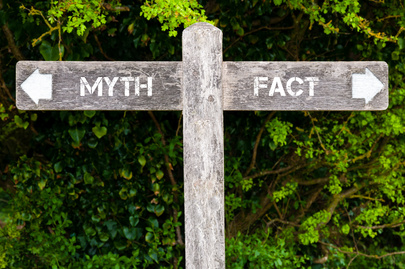 Buyer beware: climate information in an era of fake news.

In a time when anyone can post anything online, it is becoming increasingly challenging to accurately assess the credibility and validity of a lot of online content. There are over 190 "myths" about climate circulating on the internet. If you are in doubt about climate information, your best strategy is to go directly to primary sources of climate science information. These include well-established and respected scientific organizations such as the International Panel on Climate Change (IPCC), NASA, the National Oceanic and Atmospheric Administration (NOAA), the American Meteorological Society, and National Science Academies worldwide, and many others. All these sources demonstrate the strong scientific consensus on climate change and the role of human activities in driving climate change.

Air Monitoring Stations
Air quality monitoring stations within the study area. Click the download link to get the current station data. Based on station data from DataBC
fullscreen